It’s a topic we’ve all read about and listened to the experts complain about: demands on a player. We all know the faith of a dual player in inter-county set ups is unsuccessful.

It’s clear to see that at Senior inter-county level playing both codes just isn’t an option. But what about all the teenagers all over the country? It’s getting more and more common from under fourteen upwards- often, we notice players are forced to choose between football or hurling because the demands of playing both are just too much.

For example, a friend of mine recently had to call it a day on inter-county football because they were set to play a hurling match on Sunday morning, after a two and a half hour football session on Saturday evening. Arguably, this should not be happening at underage level. 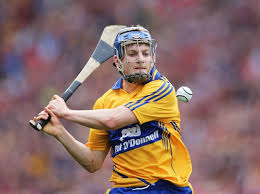 Of course, going to training sessions are important. To be on the panels and teams you must attend, but surely allowances should be made for dual players at this age group, even if it is as simple as skipping one set of sprints.

Small tweaks to the rules could mean that in the long run, a player could remain in both games for longer. If the high sporting demands continue, with the addition of personal lives and school exams also taken into consideration, you could be looking at a gifted young player giving up on both codes, which overall is the worst case scenario.

At the end of the day, our national sport is a past time and a hobby that is all about taking part, being part of a team, and having fun.

The least we can do is make the lives of gifted players easier by lowering the demands.